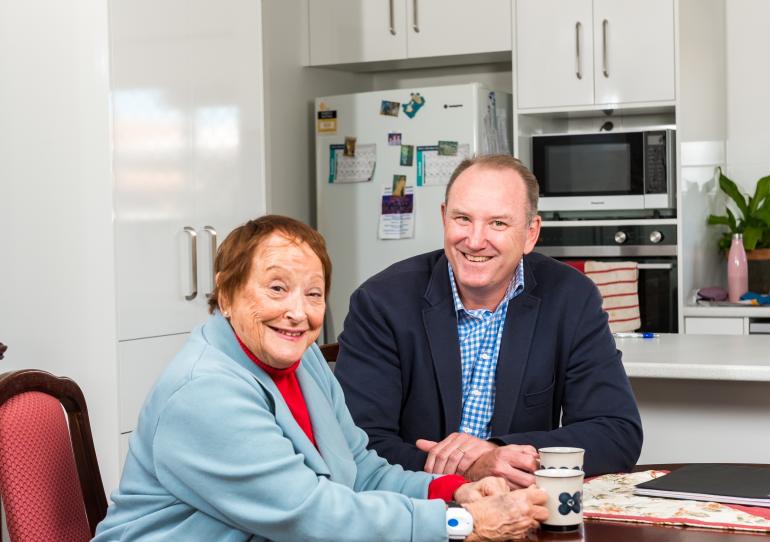 When rugby great Dr Brett Robinson was looking for a retirement village for his mother, he was determined to find a homely environment that would provide a much better experience than his father had during the latter stages of his life.

That experience nearly five years ago was at the front of his mind when he started to think about accommodation options for his mother Heather, an active and extroverted 75-year-old keen to keep her independence.

Although Robinson’s siblings were initially hesitant about Heather moving into a retirement village, Drayton Villas in Toowoomba quickly emerged as an obvious choice.

Born and raised in Toowoomba, Robinson has a very personal connection to Drayton Villas – his grandparents Wilfred and Mary Salter were among the first residents to move into the village, which he remembers visiting as a child when the site was a drive-in movie theatre.

It’s a connection that became even stronger in 2019 when he became the CEO of RetireAustralia, the company that operates Drayton Villas Retirement Village.

Robinson - a former Downlands College student who was the inaugural captain of the ACT Brumbies and has experience as a medical doctor and sports administrator - sees his appointment as an opportunity to deliver the type of care that wasn’t enjoyed by his father.

Making the move from the family home into a retirement village is a big decision, but Heather was relatively easy to convince and hasn’t looked back since moving into Drayton Villas Retirement Village late last month.

“Mum is loving it – she is well looked after, and she’s totally immersed herself in it. We are really pleased we made the decision now rather than later,” Robinson explained.

“Initially, my brothers and my sister didn’t understand as they saw the move as more of a property transaction. They didn’t understand the value of community and social connections that a village like Drayton Villas offers.

“Mum is a country girl and there are a lot of country people living in the village. It’s a special place where people care deeply about the residents.”

Heather grew up in Toowoomba as the daughter of two graziers and, together with her husband John, raised their five children in the township although the family spent many weekends at the Robinson Family Vineyard at Ballandean.

After decades working on the vines, ferrying kids to various sporting commitments, and caring for her husband in his final years, Heather said she was enjoying her new low-maintenance lifestyle.

“My mother was one of the first residents at Drayton Villas, so I knew a lot about the place before I moved in myself,” Mrs Robinson said.

“As soon as you drive into the retirement village you get a warm feeling. The atmosphere is lovely and relaxed, and the staff are very friendly and helpful.

“I am a very social person and there are just so many things to do at Drayton Villas. I keep myself busy by playing indoor bowls, pool, table tennis and laps in the heated swimming pool.”

Dr Robinson says his mum, like all retirees, deserves to enjoy a great and supported life in her twilight years.

“There is this fear that by making the move that a person is losing control. However, that is far from the case – moving into a retirement village is about maintaining your independence, having privacy and social connection, as well as having support and care when you need it. Most people who make the move realise that they should have done it sooner.” 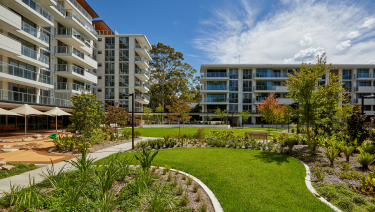 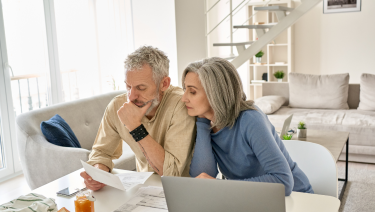 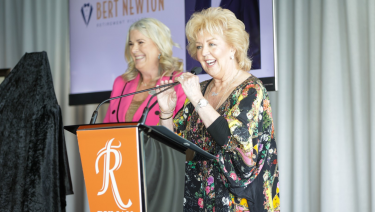 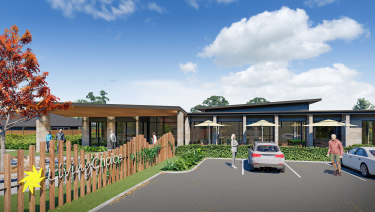 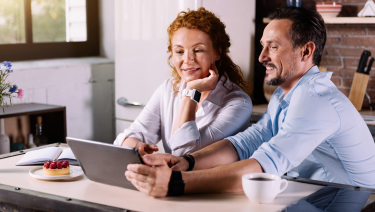 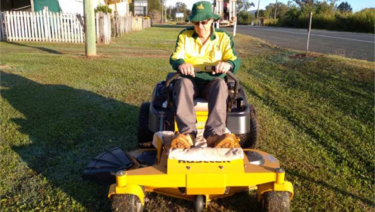 Just when life should be at its cushiest, Queenslander Geoff…